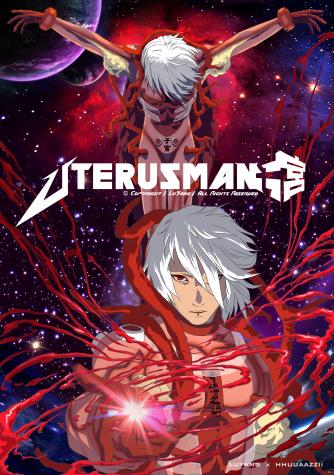 Shanghai-based new media artist Lu Yang makes works that shock and surprise. Martin Kemble, Director of Art Labor Gallery, says, ‘In an art scene where formal training is de rigeur, where everyone can paint a pretty picture, Lu Yang dares to tangle with ideas that daringly straddle the ethical and moral debate lines raging between cultural borders.’ She works with 3D animation, video projections, medical diagrams, supporting text and music to explore the underbelly of modern science and technology. Her works cross the conventional boundaries between art and design, art and popular culture, yet are also significantly informed by tradition, belief and philosophy. ‘Wrathful King Kong Core’ investigates the anatomical origins of rage, melding the image of the Buddhist deity Vajrakilaya with a biological explanation of the origin of anger in the thalamus and amygdala.

Her multi-media works, animations and graphic design-influenced still images venture into provocative territory; they owe something to music video and pop culture, Japanese anime and contemporary design, and even something to sci-fi. She often works in collaboration with designers, technicians, computer engineers working beyond the limitations of art conventions. The radical frontiers of scientific research directly inform her work. Kemble describes the world depicted in Lu’s ‘Uterus Man’ as ‘mad science and manga, all rooted in some kind of incontrovertible truth about what we are made of, DNA, and chromosomal chains that sometimes get twisted out of shape and into something completely unexpected.

Lu Yang is represented by Art Labor Gallery, Shanghai. A new project, ‘Uterus Man’ will be shown there in late 2013. ‘Wrathful King Kong Core’ was shown in the 2012 Shanghai Biennale and her work has also been shown at Boers-Li Beijing and Meulensteen Gallery, New York.